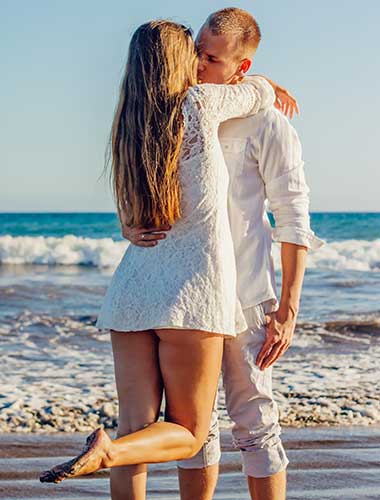 Ashwagandha also referred to as Withania somnifera, poison gooseberry, Indian ginseng, or winter cherry, is a plant that is commonly used in Ayurvedic medicine as a medicinal herb. While the botanical name somnifera is a Latin word that means “sleep-inducing”, ashwagandha is derived from the combination of two Sanskrit words “ashva,” and “gandha,” meaning “horse,” and “smell,” respectively. It is believed that this is indicative that the herb has the potential to provide its users with strength and stamina similar to that of a horse.

Reports also have it that the root of the herb has a smell that is similar to that of horse sweat. Although clinical evidence on the effectiveness of the plant in treating ailments is inconclusive, ashwagandha is widely used and trusted across the globe. The herb is mostly confused with Physalis alkekengi because both are referred to as winter cherry. Ashwagandha is a plump shrub with yellow flowers and oval-shaped leaves and it belongs to the same family as the tomato. It is a bell-shaped plant with dull green leaves and usually grows up to 75 cm tall.

The fruit is small – about the size of a raisin and the color may vary from red to orange when the plant is ripe. Ashwagandha is a powerful medicinal herb that has been used in Ayurvedic medicine since ancient times to manage numerous health conditions. The herb is renowned for its rejuvenating and restorative benefits. It is native to the drier regions of North Africa, India, and the Middle East, but in recent times, ashwagandha is widely grown in regions with mild climates including Nepal, Yemen, China and the United States of America.

Ashwagandha has been used as a diuretic, adaptogen, sedative as well as a dietary supplement in many western countries. It contains chemical components that may alleviate the symptoms of numerous health conditions such as reducing swelling in parts of the body, lowering blood pressure for patients with hypertension, improving cognitive abilities, and strengthening the immune system. The medicinal chemicals in the herb include but are not limited to withanolides, choline, alkaloids, fatty acids, a number of sugars and amino acids. The root of the plant is mostly utilized in traditional herbal medicine even though the fruits and leaves are also reported to feature many useful therapeutic components.

Although studies on the health benefits of Ashwagandha are inconclusive, it is believed to be composed of rejuvenating properties that qualify it to be classified as a superfood. For this reason, ashwagandha is commonly referred to as “Ginseng” in India and Unani medicine even though the herb is totally unrelated to the latter botanically. The plant has been utilized in Ayurvedic medicine for about 5,000 years to treat conditions like insomnia, constipation, illness in children, weakness in old age, nervous conditions, rheumatism, stress, joint inflammation, goiter, hormonal imbalance, parasitic infections, and much more.

Experts in Ayurvedic medicine usually prescribe ashwagandha as a nerve tonic. It is also widely used for its adaptogenic benefits to help the body easily adapt to physical and emotional stressors and the constantly changing environments.

Here are some other benefits of ashwagandha.

The herb can be used to effectively manage inflammation and swelling both internally and externally. It is reported that a paste made from ashwagandha root powder can be applied on the skin to alleviate the symptoms of ulcers, wounds, hemiplegia (one-sided paralysis), boils, backache, and other skin infections. It can also be consumed to treat internal inflammation.

Ashwagandha is often prescribed to help patients strengthen their immune system usually after they have suffered from a long-term illness, undergone surgery or chemotherapy. It is also renowned for offering effective relief from stress and anxiety as it reduces the levels of cortisol in the body.

Ashwagandha is used to manage psychological conditions in patients. It is usually prescribed to improve concentration and thinking ability, depression and to also boost cognitive strength. Additionally, it is used to manage several other minor brain conditions.

The findings of some recent clinical trials have revealed that the use of herbal products and supplements containing ashwagandha may be highly beneficial to children diagnosed with ADHD as it functions to boost impulse control and attention in this category of individuals.

The herb has been shown effective in reducing pain around the body.

Ashwagandha contains chemical compounds that are effective in treating fertility issues in both men and women. It can also be used to reverse fertility problems in men and increase libido. However, the effectiveness of the herb in managing these conditions has not been substantiated by the findings of any research on the subject. Furthermore, it is reported that the findings of some preliminary clinical trials reveal that the herb may effectively improve the quality of sperm in infertile men, but it is important to state that it is still not clear whether it will help in increasing sperm count.

Ashwagandha may also be prescribed to patients who have been diagnosed with the brain condition known as cerebellar ataxia. The findings of several preliminary clinical trials conducted on the topic have revealed that the herb may effectively improve balance in individuals diagnosed with cerebellar ataxia if combined with any other alternative form of Ayurvedic therapy.

The finding of many studies has revealed that ashwagandha can be used to effectively manage anxiety. Meanwhile, other reports reveal that it works better if combined with a specific diet. coupled with frequent deep breathing exercises. It is inconclusive whether using ashwagandha alone may alleviate the symptoms of anxiety.

It is proposed that the herb offers some beneficial effects to patients who have been diagnosed with the Parkinson’s disease. Several preliminary research into the topic reveals that when combined with several other beneficial herbs, ashwagandha can be used to improve the symptoms in patients suffering from the Parkinson’s disease. However, the effectiveness of ashwagandha alone in treating the disease is inconclusive.

The common misconception is that herbal and natural medicine has no side effects but this is of course not true. Ashwagandha root side effects may range from mild to moderate but the possibility of severe side effects are rare. Although there is only a few clinical evidence to support this claim, it is believed that it is safe when administered by mouth in small doses within a short period of time. Meanwhile, it is inconclusive whether the same can be said when taken in large doses for a longer period of time.

Unsupported evidence has revealed that when taken in large doses, ashwagandha may cause some unpleasant side effects such as vomiting, nausea, stomach upset, and diarrhea. Other reports also suggest that it is inconclusive whether it is safe to apply the herb topically on the skin.

Some unsupported evidence has also suggested that ashwagandha contain properties that may lead to miscarriage. There is no conclusive evidence with regards to the effect of using the herb by pregnant and breastfeeding mothers but to be on a safe side, it is advised for people who fall within these categories to avoid using the herb completely until it is safe for them to consume it.

The safety of the herb for diabetics is not conclusive. However, since it is believed that ashwagandha has the potentials to lower the sugar levels in diabetics, it invariably means that the blood sugar levels could go too low. For this reason, it is advised to monitor your blood sugar levels when consuming the herb. It is also reported that ashwagandha may interfere with the medications used to manage diabetes in patients who have been diagnosed with the condition.

It is reported that ashwagandha contains properties that could cause irritations in the gastrointestinal tract. People suffering from stomach ulcers are advised to avoid using the herb.

Ashwagandha may increase the level of thyroid hormones in the body. For this reason, it is advised that individuals with pre-existing thyroid health conditions should use the herb with caution or avoid using it completely. 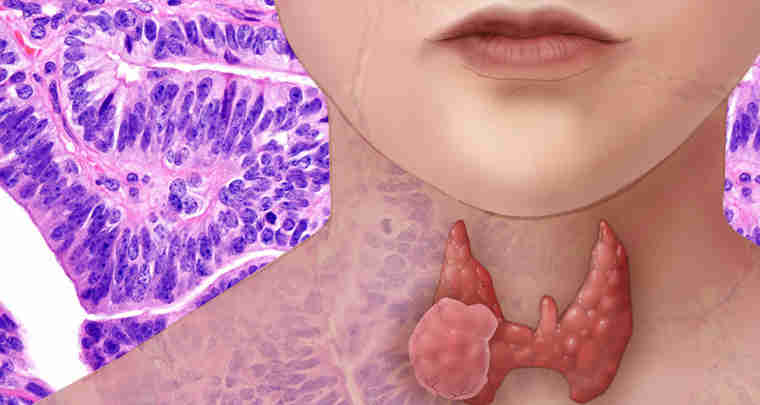 Ashwagandha contains properties that may boost the immune system thereby worsening the symptoms of autoimmune diseases like lupus, multiple sclerosis, and rheumatoid arthritis. Individuals diagnosed with these health conditions are strictly advised to avoid taking Ashwagandha.

It is advised to avoid consuming ashwagandha at least two weeks before a surgery as it may slow down the activities of the central nervous system. Medical practitioners believe that this side effect is worsened by the anesthesia and other drugs administered before and after surgery.

Ashwagandha is reported to interacts with Immunosuppressants, Benzodiazepines, CNS depressants, and Thyroid hormone pills. However, there is insufficient medical evidence to support this assertion.

How To Use Ashwagandha

There are several ways to use and ingest ashwagandha. The dried roots are ground into fine powder mixed with honey or ghee. This mixture can be ingested or applied topically on the skin. It can be consumed in its powdered form, tinctured, added to formulas, made into tea or encapsulated. Ashwagandha supplements are also available for individuals who are looking to fulfill their daily dietary requirements. In addition, some people prefer to add it to spices or add it to baking and cooking ingredients.

Dried roots are cut and ground to form a fine powder. The powder can also be sifted for tea and are sometimes added to formulas to serve as part of a dietary supplement. As already stated above, it can also be tinctured or encapsulated. The best form of ashwagandha extract may vary from person to person depending on the individual definition of convenience.

Dried roots of the plant are often powdered and added into formulas. It is mostly used in western countries as a dietary supplement. The body requires a number of nutrients to meets its daily requirements and perform better. It is believed that ashwagandha offers most of these nutrients in the right proportion. Many individuals consume ashwagandha supplements in order to help meet their daily dietary requirements.

Dried roots are cut and ground to form a fine ashwagandha powder. It is sometimes ingested by mixing it with ghee or honey. Furthermore, a cup of milk with 1 to 2 teaspoons of ashwagandha root powder is effective in reducing the symptoms of anxiety and insomnia. However, many people prefer to consume the herb in encapsulated form because it’s a quicker way of consumption and sometimes has a bad taste depending on the kind of ashwagandha powder being taken.

Others prefer to consume ashwagandha tea. This offers both soothing and healing benefits. The tea bags are sold in supplement stores but it can be easily prepared by drying cut ashwagandha roots and then sifting to make tea. 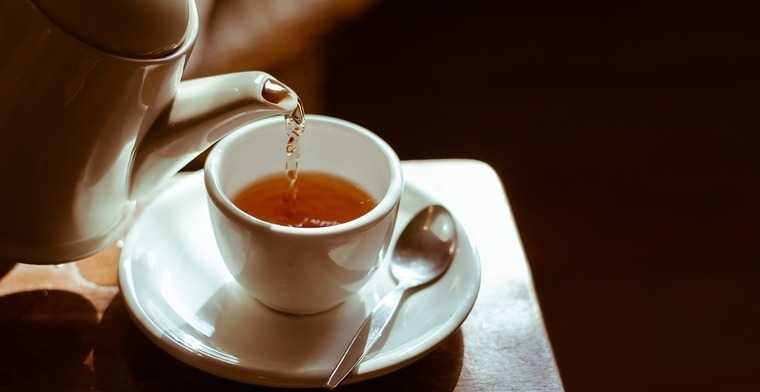 Ashwagandha is also tinctured for easy consumption. This form is best for individuals who do not like to swallow pills. Ashwagandha tincture can be purchased from herbal supplement shops but some people prefer to tincture the herb themselves at home.

Ashwagandha can also be encapsulated. It is typically consumed in capsule form. This is ideal for individuals who do not like the taste of the powder or those who prefer to get the correct dosage. Many individuals who are too busy to ingest the herb in other forms could consider going for ashwagandha capsules. In terms of preservation and storage, many people also prefer the capsules to other forms of the herb. 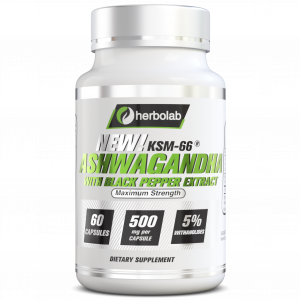 It is reported that KSM-66 provides its users with all the above-mentioned health benefits which are supported by a reviewed, human clinical trial that has been published in several medical journals. Individuals who have used the KSM-66 have revealed that it has a high concentration and it is the best ashwagandha root extract in the contemporary herbal supplement industry.

The manufacturers have also claimed that the potency of the product is not affected by the manufacturing process because it still retains all the natural chemical composition of the ashwagandha herb in the right balance. The manufacturers also claim that the health benefits of KSM-66 ashwagandha are in accordance with the provisions of the Dietary Supplement Health and Education Act of 1994.