What Is Ashwagandha KSM-66?

There are several different kinds of ashwagandha, but my favorite is ashwagandha KSM-66. Before I get into what the KSM-66 ashwagandha is, let’s take a quick look at what ashwagandha is and what it’s commonly used for.

A traditional system of Indian medicine existing for centuries, ashwagandha is an amazingly beneficial Indian herb which promotes a healthy mind and body. It is commonly used in Ayurvedic medicine and is also known as Indian ginseng, winter cherry, and Withania Somnifera.

Ashwagandha derived its name from the words “ashva” and “ghanda” which when translated means horse smell. This is because of the herb’s distinct smell and is believed to give the virility and strength of a horse to anyone who uses it.

It is known all over the world because of its ability to lower blood sugar, boost brain function and fight anxiety and depression. It also has the capacity to improve body composition, stealing the spotlight among fitness enthusiast in as much as it is proven to be effective even for people with a sedentary lifestyle. Furthermore, it is also used to treat Alzheimer’s disease and fertility problems for both men and women.

It is enriched with Withanolides A, an acetylcholinesterase, immunostimulant, immunosuppressant, and cortisol suppressant which is known to effectively fight tumor growth and inflammation; Sominone which promotes axon length and neurogenesis and; Withanone which augments cell apoptosis in breast cancer cells. In addition, it is also made of Withanoside IV, Ashwagandhanolide and Withaferin A.

It is also filled with adaptogen to fight the negative effects of stress and strengthens the immune system.

There are 2 kinds of ashwagandha that most people look at when they want to add ashwagandha to their daily supplement regimen.

The two kinds are:

Now let’s see what the difference is between the two.

Both Ashwagandha KSM-66 and Sensoril Ashwagandha came from the same plant and they offer the same benefits in general. They both have gone through extensive research, clinical tests and trials and both eliminated the bitter taste with the use of patented, water-based extraction process.

Sensoril also promotes cardiovascular function, restful sleep, and resistance to fatigue while KSM-66 improves memory and cognition, stamina and strength, and energy and muscle recovery. Sensoril maximizes both leaf and roots of Ashwagandha herb while KSM-66 makes use of root extracts only which brings it on top among any Ashwagandha product because of its highest concentration full spectrum extract which balances all the components that can be found in the ashwagandha plant. KSM-66 is also nontoxic at that.

Ashwaghandq KSM-66 contains the highest concentration of root extract and withanolides among all root extract products available in the market today. It is also liked because of it’s neutral taste unlike any other Ashwagandha products which tastes bitter which makes it a great choice to be used or mixed in food and beverages. It contains no alcohol or chemical solvent in it as it is produced based on the principles of “Green Chemistry” and is claimed to be structured in accordance to the requirements of the Dietary Supplement Health and Education Act of 1994.

Ashwagandha KSM-66 has won awards over the past years. Among the awards is SFE-Herbal Industry Leader Award of 2016, “Product Innovation in Botanicals” award in 2014 by Frost and Sullivan, “Best Botanical Ingredient” award for 2013 Natural Products Expo West, and “Innovative Ingredient of the Year” award for 2012 at Panacea.

The Best Ashwagandha Supplement in Singapore

Herbolab’s Ashwagandha KSM – 66 is generally known as the best supplement available in the world today, including in Singapore which took almost 14 years for the product to be fully developed and refined. Its constituents coming from the ashwagandha plant is naturally proportionalized to get the most out of it. It is produced with the assurance of maximum withanolides content and to give the best healing property that the herb can offer. It also contains black pepper for maximum absorption and protects against oxidative damage in vitro. It is clinically proven to be effective with a pleasant aroma.

Each Ashwagandha KSM-66 capsule contains a 500mg capsule of concentrated root extract which can be taken twice a day, after meals. That is 1000mg of the capsule full of healthy benefits a day.

Where to Buy Ashwagandha KSM-66 in Singapore?

While there are a lot of drugstores scattered around Singapore with the like of Medic Drugstore, Watsons and Alchemy Pharmacy selling Ashwagandha KSM-66, it is not ensured that it comes with strong potency and it might be sold at a higher price due to the fact that brick and mortar stores have a lot of overhead to cover. It is best to buy Ashwagandha KSM-66 at online stores based in Singapore with the like of Herbolab which can be found at www.herbolab.com/ashwagandha/. 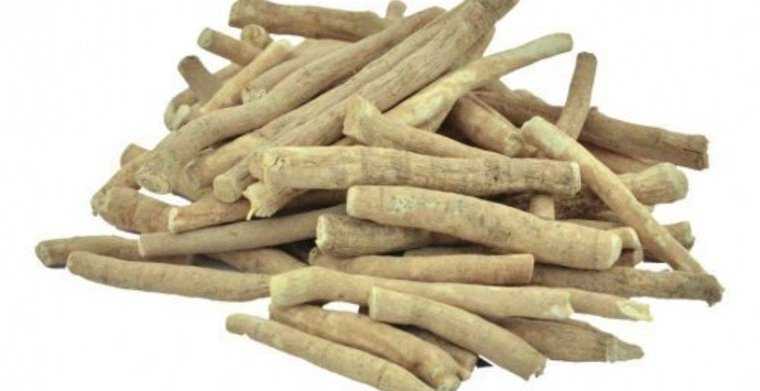 There is a Cash on Delivery Option (COD) with quick delivery for addresses within Singapore. Our store is trusted for long years because of delivering herbal supplements of quality like Tongkatkat Ali, Maca, and Korean red ginseng. 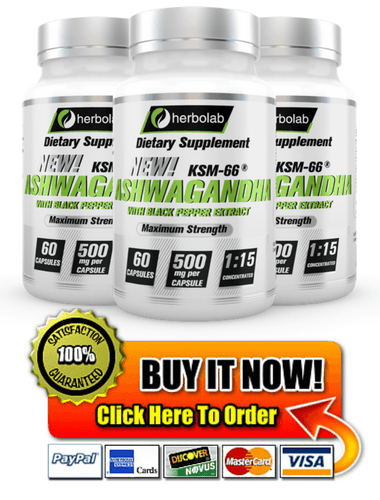